Farleys at The Rock & Roll Kitchen

Farleys at The Rock & Roll Kitchen

The Farleys are really looking forward to playing what is for them a new venue. We're hoping to meet some new friends as well as catch up with some old ones, so if you're around on the 19th come down to the Rock and Roll Kitchen and show the Farley virgins how we do things.

As ever, there'll be some fab choons, wicked banter, singing, dancing and we reckon probably a few beers too.

The best way ever to spend a Saturday evening - Farley style. 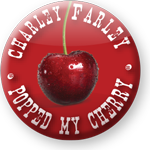 We're calling it the 'Charley Farley popped my cherry' badge because, erm, that's what it says. We're nothing if not imaginiative.

This prestigious badge can only be won - or stolen from someone as they leave the venue but we'll leave your conscience to wrestle with that one.

All you have to do is bring a Farley virgin to the Rock and Roll kitchen Saturday night! But be warned - we did say 'limited edition' so numbers are ... limited. Don't miss out, arrive early!

The return of the Farlette t-shirts 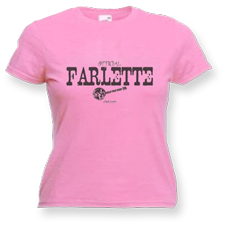 Yes folks, you've been nagging us for months, and now we've finally pulled our finger out and designed a new 'Farlette' t-shirt to give away to the audience member who 'best facilitates the enjoyment of the audience' ... in whatever way you want to interpret that! At the end of the evening Brother Jay will announce the winner by throwing the t-shirt at them in the time-honoured tradition.

Remember folks, you can't buy these, you have to earn them.